So last Wednesday (March 14) we went to the quiz night again. But this time instead of 4 people, we had 20! We had two full teams of 8 and then a half team. I came with a group of Danes from my kitchen so they stayed on my team which was lucky for us. There were a lot more questions about Denmark this time so the other teams really suffered. But there was a Doctor Who question!! "Who was the first companion in the new series of Doctor Who?" Rose Tyler, of course! So that was exciting. But we still got second place by 1 point in the first round. Then in the second round we got 4th place. But out of 23 teams I'd say that's pretty good!

Thursday (March 15) I succeeded in doing what I hadn't been able to do in the past. I went out on a Thurday and made it to class on Friday. Congrats to me! And then on Friday I actually stayed in and went to bed around 10:30 or so so that I could wake up at 5:30ish to catch the bus for our Copenhagen Trip!

So Saturday we got up early and met at the Polish house (near the bus station) where we would leave our bikes. But Danni and Nikki weren't there so I called them. No answer, that meant they were probably riding and couldn't answer (or so we thought) we I texted them and said just to meet at the bus and we started walking. Then they replied saying they'd just woken up (25 minute before the bus was supposed to leave). Then they freaked out and caught a cab and made it on time, so that was a great way to start the day. Also, everybody was surprised that this was my first time on a double decker charter bus. It was kind of neat. but anyway...then we started the two hour drive to Copenhagen. There is a super long bridge to cross but it was far too foggy to see the beautiful view that is normally there. o well.

Then we were in Copenhagen! We dropped off our bags and hopped on the metro to our first stop: Christiania. Christiania is a semi-independent area in Copenhagen that Denmark allows to exist. It is their own little social experiment. We met a guide there who took us on a multi-hour rambling tour of the place. It was started 40 years ago by a group of hippies in the 70's in an abandoned military barracks. Since then it has been mostly known for it's "pusher street", a street where marijuana and hash are openly sold. It is pretty run-down, unattractive, and all-around slummy. But it is also an excellent choice of an alternative lifestyle for the mere 900 people that live there. You don't get to "buy a house and move in", you have to get selected to move in. The houses are not owned by the people that live in them, they are owned by the community and you rent them. Even if you build the house yourself, it becomes the communities property. There are jobs, businesses, "government", and other things.

It was a nice tour, but the guy kept talking and talking and extended all the way through our lunch break. We then had to ride the metro back to the city center and try to eat lunch in 30 minutes before catching a walking tour of Copenhagen. I found a subway right away and ate a delicious footlong (30cm according to them) sandwich. I had a BMT (it was their sub of the day), but I noticed that their chicken breasts looked significantly nicer than the ones in the US. Also, only one type of cheese (and it wasn't labeled American) so that made me sad. I miss my pepper jack :-( I also asked the veggie lady if she'd let me taste a pickle first because the ones I find here are sweet pickles, not normal dill. She looked at me weird but complied. I was relieved to know they were normal. Now, if only I could find them in the store...hm...All of my other friends were running late so we missed the best part of the walking tour, visiting the "round tower". Actually, that was really the only part of the walking tour. The rest consisted of us "walking", but not much "touring" through two main streets of Copenhagen. But that's ok, it was gorgeous. This is actually the first time I've really walked around a "big city" (i lived near minneapolis but I never took the time to explore it. oops) so it was really neat. We walked around for a while, spent a half hour in the Lego Store, saw a St. Patty's celebration going on in front of the City Hall, then stopped at an irish pub so the crew could drink a couple green beers and I could enjoy some refreshing water. I'd say they celebrate St. Patty's as hard as we do in America. Not as hard as in Chicago...but as much as we do in Iowa at least.

Then we went to a Turkish buffet (included in the trip) which turned out to be "ok". There was a pretty unflavorful roast, some-what tasty couscous, and some onion rings. Oh wait, those aren't onion rings! Much to us American's surprise, the onion rings were actually kalamari rings! They were squid rings fried in batter and they were delicious. The twins liked them until they realized what they were...and then it was just too gross :P They were really the only good thing served. Mid-meal a belly dancer came out and danced with a couple people so that was fun to watch, but it was altogether unremarkable.

After this we went to a bar that had made a deal with our group for "buy one get one" drinks, so we each enjoyed a double round and then headed back to our hotel to finish what we had brought with us (this is about 10:30am). There we got rick-rolled by VH1 Denmark which was fun. After spending 20 minutes trying to get a cork out of a wine bottle for the girls without a corkscrew, Alexis resorted to just pushing it through. Then we tried to research online and in guidebooks where a nice dance club was nearby...but eventually we just decided to wing it. We walked around and Mateusz and I looked in some clubs to see if they were good enough. Eventually we were enticed by an offer from a club for 130kr entrance and free bar. Then when we got the group over they said it would be 150kr....but we just wanted to dance so we took it. It was just shy of 30 dollars to get in, but some of us would have spent much more than that at a normal bar so I think it was a good deal. Also, it was nice to be able to order things that tasted good rather than worrying about getting your moneys worth. And order we did...and dance we did! Until about 4:30 then most of us walked back to the hotel in the pouring rain. Kamil and Mateusz stayed behind so that they could come in later and be loud and wake everybody up (except me! :D) and ruin their sleep. So I slept from 5 to 730 or so and woke up sober and fine. Or at least that's how I felt. The others were tired, and Kamil and Mateusz remained drunk for the entire day.

We started our day with a recovery ride on a harbor tour boat. We rode around enjoying some great views of the city. I got a couple great pictures that I'll show below. After this we went to the Queens residence or something and saw the changing of the royal guard which was pretty neat. There was some marching, and some marching-band playing, and then it went on too long...but I took some video. We wanted to enter a big Cathedral but it was closed. So we walked to Rosenborg Castle instead. The entrance was something like 80kr so we didn't go in, but got some great pictures of the derpy-looking lion out in front of it. Then we spent time looking for a "China Box", these little stands in the wall that sold boxes of Chinese food for approx. 30kr. I really really wanted one. But the first thing we found was a real restaurant that offered them but also offered a buffet...How could I say no to a buffet? So Tina and I got the buffet, Kamil and Mateusz settled for a box, Roberto ate nothing, and the twins waited and got Subway later. Tina spent the whole meal trying to break the rules and give food to other people while I ate my fill of fried shrimp, chicken, some tenderloin type thing, and lo mein. Yum. It was exactly what you'd expect: dry bland chinese buffet food. Glad to see that some things are universal :D but it was very much worth it.

There were a lot of great things to see (though I don't know what most of them are :P) but the best part was spending so much time with my great friends. We were all exhausted on the trip home and slept through most of it and I think we almost all slept for around 12 hours (or more!) Sunday night.

I took 450 photos on the trip, so maybe I will try to upload them to a flikr account some day, but for now I'll share just a few with you. 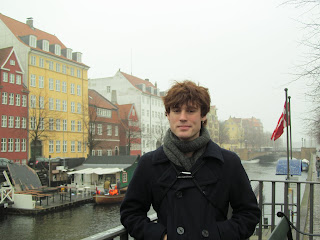 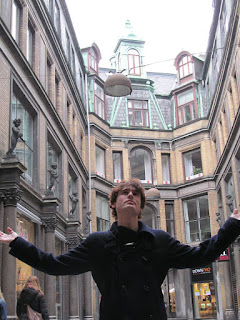 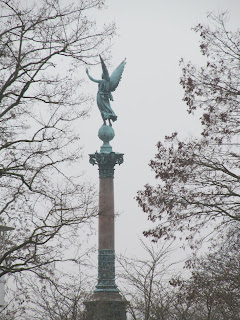 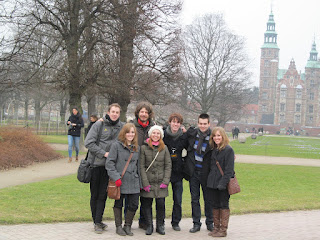 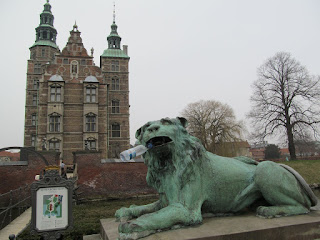