A couple Friday's ago I took a road trip with some friends to Aarhus, the second largest city of Denmark. Ania, a friend from Poland, has a car that we were able to take which was great! The main reason we went was to visit the art museum which is topped with a circular walkway with different colored clear walls that make a rainbow, so you are bathed in colored light. It is called "Your Color Panorama", and as you walk through it you can tangibly feel the color changes and feel different emotions. There was also a great exhibit by an American artist named "Oursler" whose technique involves video of faces, or face parts in interesting shapes, often paired with dolls and it is really hard to explain. I have video of one exhibit on facebook that he made with David Bowie's face and I loved it. There were also a bunch of other great art exhibits as well. After the museum we just went around the city which was great. It was a step (or two or three) above Odense in terms of size, but still smaller than Copenhagen and would be a wonderful city to study or work in. We also found the sister sites for some bars that we have in Odense like "The Australian Bar" and "Bodegaen".


Then Saturday I had to meet in the City Center at noon for something I volunteered for. It was initially a surprise and turned out to be a "Free Hugs" session. We did this to support the 25th Anniversary of the Erasmus program, the theme of which is "Social Erasmus". The idea behind Social Erasmus is that the communities accepting erasmus students really give a lot to make the experiences for them great, and the students really appreciate that and want to give back. Our ESN board thought about how we could do that, and after considering how little trash litters the streets of Odense and how few homeless people the City has, we should show our appreciation in a more direct way by spreading smiles and hugs in the city center. Unlike southern Europeans, the Danes aren't as "touchy" with friends, let alone with strangers, so we received plenty of odd looks. But our enthusiasm was also infectious and most of the people that didn't want hugs at least started smiling when they saw us which we considered a success. But we also gave out a LOT of free hugs (Gratis Kram in Danish), including one hug to a "biker" which really impressed Andreas who is very afraid of them. Apparently they are connected to hells angels or something and the Danes are scared of them. O well, I wasn't scared :D I also got to hug a dog which was probably the highlight of my day. I haven't been close to a dog since I got here! And after a few hours of hugging we celebrated with some ice cream and then relaxed in the park for a few more hours. It's lovely because you can relax in the sunlight in the park, casually have a few beers (or, in my case, ciders), and people have a good and relaxing afternoon. I wish that public drinking was legal for reasons like this. O well. Also, there is a club called the "Buffalo" club that we all got roped into joining. Basically it means you must always drink with your non-dominant hand. So if you are right handed, all drinks (water, milk, juice, anything) must be drunk with your left hand. Or, in my case, with my right. If you get caught drinking with the wrong hand somebody says "buffalo" and you must finish your drink. If they are wrong, though, they have to finish theirs. At the park I had a 1.5 liter bottle of water. I took a drink from it using my left hand and somebody called buffalo on me. ::sigh:: But I had to stay true to the game so I finished it!

Then last Saturday was the final "ESN" organized party of the semester at the club Retro. It was a "write on me" party where we all came in white shirts with markers and stuff. It was AMAZING. Usually people come and kind of stick with their group of friends at the parties, but this one had a lot more mingling and interaction because we all had to go around and talk to each other so we could write great messages on peoples' shirts. A few girls made the unfortunate decision to wear dresses or other non-white shirts, so their bodies became their paper. So me being me, I wrote "Property of USA" or just "USA" across their chests. It was the most American thing I could think of to do at the time XD My favorite messages on my shirt are "I speak England very best, and I am getting bester and bester! George", "You are a real Polish person now -Stan", and many other nice messages. It was a magical night, and when we left the party the sun was up (it rises at like 4:30 here and it gets earlier every day) and we chatted a bit while sharing a free giant slice of pizza that some random stranger gave us as he walked out of the pizza joint and then we parted ways and went home. I was fine until I took off my shirt and started reading the messages and then I just broke down into tears. It's not that I don't want to come home, because I love my friends and family back in Iowa, it's just that I am having a wonderful time here with so many wonderful people that I don't want to leave. So yeah, I was distressed.  I have a habit of visiting my friend Sandra when I come home to talk for a few minutes before sleep if she is awake, but this time it was more important. So I knocked on her door (it was close to 6am so of course she was sleeping) and she gave me a big hug and we talked for an hour or so about the party and the messages on my shirt and the semester and everything. I was really upset for a while, but she calmed me down. She is such a good friend :D Sandra, I will miss you!!

I am TRYING to keep posting so I am current. but to keep this from being too long I'll fill you in on some other events next time. Love you all and thanks for reading! 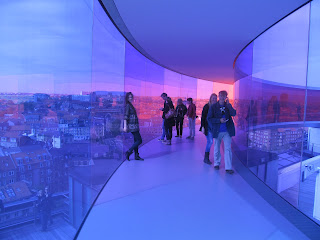 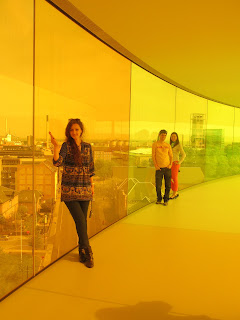 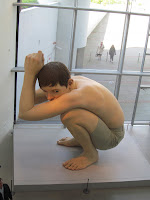 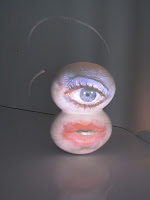 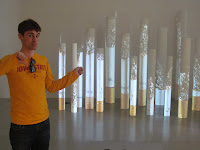 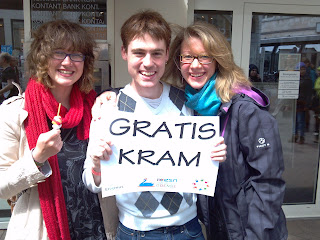 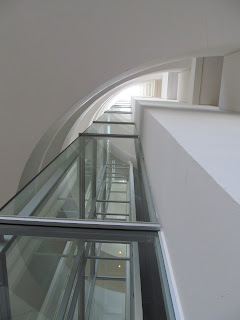